Finally The King Is Safe. 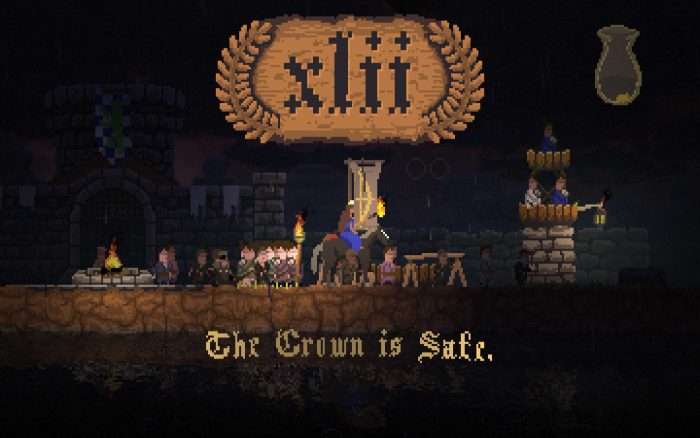 Some of the tips:

For each game, there will also be one side has several campfires, so you need to protect those campfires by not cutting off any of the closest trees on both sides of a campfire. This is the key part so that you can have a stable new blood every day.

Since you have one side just for preserving campfires, you have to use the other side to do farming, which is the main money source in the later game.

So from the early game, you should ask your worker to cut down trees on this side and try to build a wall to cover as many streams as possible.

Don’t just build a wall at the edge of your kingdom, you should build up walls and tower alone the way as soon as you have extra money.

You should try to buy stuff from the merchant in the forest quite often in the early game since it saves you a lot of money.

Still, you need to be careful about it, because you can’t decide what you will get, which may end up wasting all minions.

Send Out Your Expedition

There are several things need to be cautious sending out your expedition to destroy the portals.

If you survive a heavy attack, remember, always rebuild the catapult first, it definitely contributes the strongest damage to your enemy.

Again, this is very important in the later game, especially for the final.

For the final attack, after you destroy all the portals(four), there will be a huge attack coming from both sides, and there’s no way you can defeat them by one wall.

So the more walls you have along the way, the slower the enemy can get you can give your archers more time attack.

And for the tower, the archers on the tower will not be attacked by anything other than the flying monster. So they can be a very stable attack output at the final stage.

Portal can really save you time and sometimes save your life. So remember always keep at least one coin in your pocket, that’s the only cost of using a portal.

And for the final, if the enemy has been chasing from one side to the other across your kingdom, what you can do is use portal to move to the other side of the kingdom, so that the enemy will turn back, and go through whatever left in your kingdom again, which might give you the change the survive and finish the enemy!

Overall, it’s a good game and it’s free and very small! All these are just my random thoughts, hope it works for you.